These very cool license plates were commonly issued to California-based car manufacturers (and still are issued today in a different color combination).

Of course back in the ‘60s, Shelby American was certainly an eligible manufacturer.

In addition, license plates were required per FIA rules during European races (like LeMans, Riems, the Tour de France, etc.).

These unique vanity plates are available for purchase at:

If you visit the website you'll also find a large variety of unique vanity plates.

Daytona CSX2299 not only won at LeMans in ’64, it also won the Tourist Trophy in ‘64 and both Sebring and Daytona in '65 (although not necessarily with the “1E” plate in every race.) 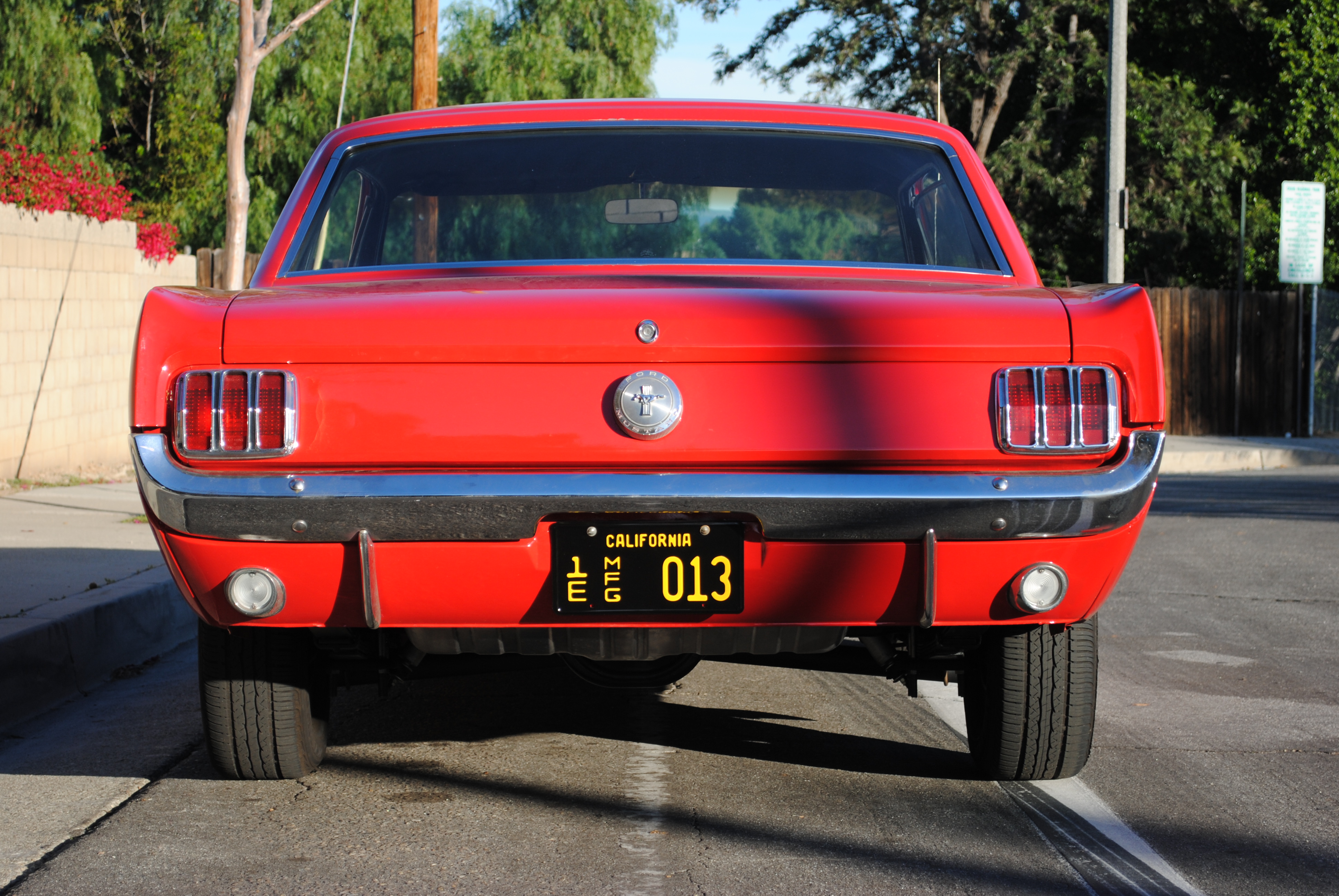 A "1E" MFG plate on a Daytona Cobra Coupe at LeMans...

Note the hand made, on the spot, spoiler!

Below, is CSX2286, "The Last Coupe", fifth and last Italian-built body by Carrozzeria Gransport, Modena, Italy. This was at 1965 LeMans, driven by Jerry Grant and Dan Gurney. Jerry Grant set the fastest GT lap record at 3:48.0. Here, the Daytona is sportin' a "2H" MFG plate.